Profits in the UK bus industry fell in 2015/16, according to new analysis published by Passenger Transport Monitor. The 122-page report Bus Industry Performance 2017 presents the results of its annual analysis of bus company accounts. This year, 114 local bus companies have been analysed from around Great Britain, in the 26th year of the Bus Industry Monitor project. 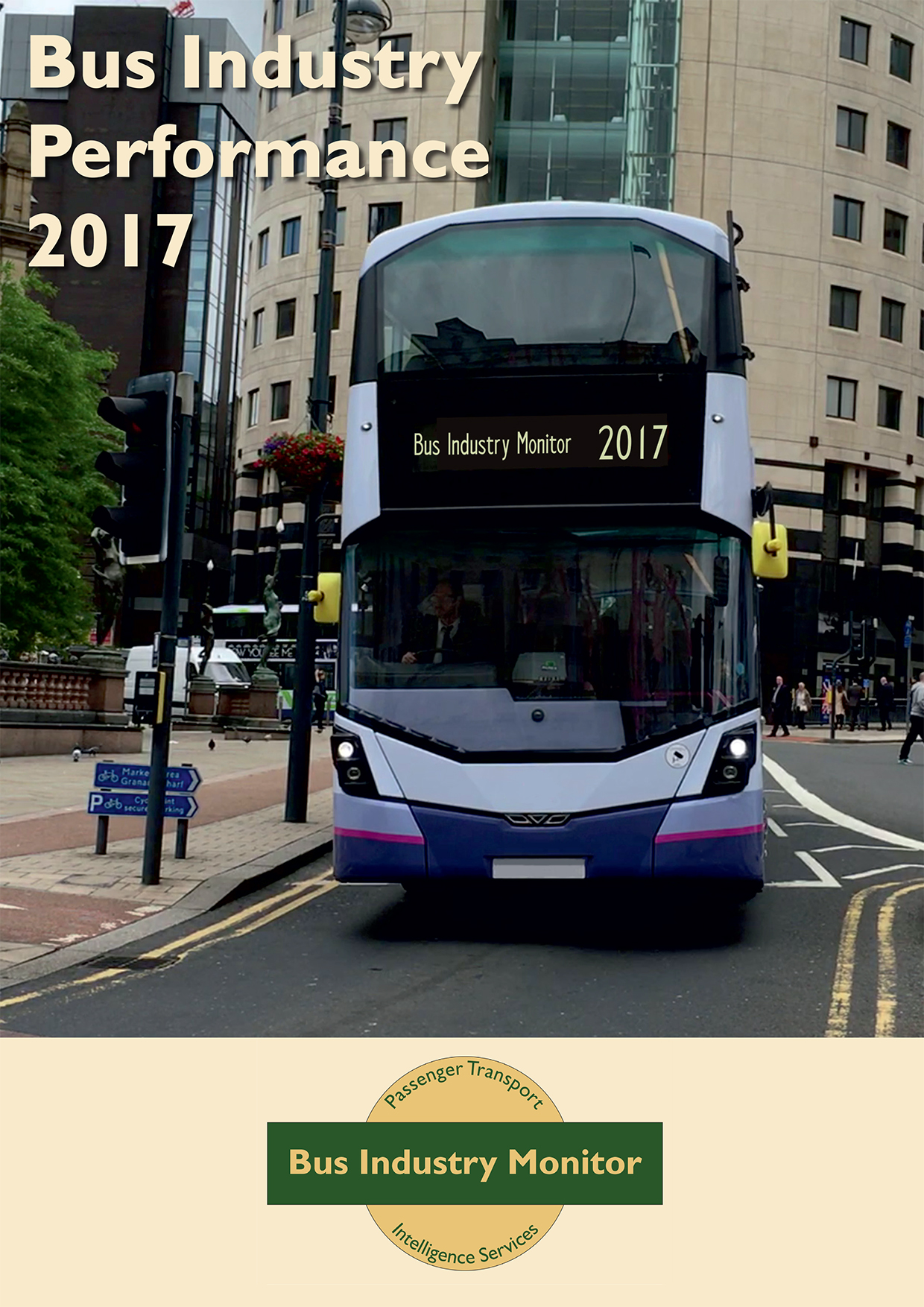 At a time when prevailing rates of inflation were around 1%, turnover across the companies analysed fell by 0.2%, reaching £5,737m. Operating costs remained virtually unchanged at £5,297m.

The report provides an updated estimate of sustainable profit - the levels which operators need to earn in order to meet their financial obligations and invest for the future. The modelling work suggests that the required margins outside London are between 9.3% and 10.7% - well above the levels currently being earned.

Given all the cuts in public spending and other pressures on the industry, it's actually quite good news that profits did not fall further during the year. Companies continued to invest in new vehicles and equipment, spending a record £546m in 2015/16. However, there are concerns about the future - particularly the news that less than 40% of the companies analysed are making sufficient profit to sustain them in future.

The latest evidence of falling staff productivity is shown in the report: it is difficult not to conclude that the question of falling bus speeds and growing congestion is probably the greatest threat that we have seen to the future sustainability of the industry during the last 26 years of this analysis.

We have a government that seems unable or unwilling to take the sort of firm action that is clearly needed to tackle the issues of congestion and pollution and an electorate that believes that change may be necessary, but that everybody else should change their behaviour first.

In all these circumstances, it is sometimes difficult to be optimistic about the future for the industry. But there continue to be examples of excellence and good practice in towns and cities across the country, in which the bus prospers and makes the sort of contribution to local communities of which it is capable - so there is still hope.

Click here for more on how to purchase the report.