BMBusPic2019-EB.jpeg
Monitoring the performance
of the UK bus industry since 1991
Bus-London.jpeg
Routes to sustainable businesses:
our guide to bus industry profitability
LRT-1-Blackpool.jpeg
Guiding public transport to a better future
Rail-StPancrasClock.jpeg
Tracking the performance of
the rail industry since privatisation
Rail-StPancrasBetjeman.jpeg
Keeping track of rail industry costs
You are here: Home 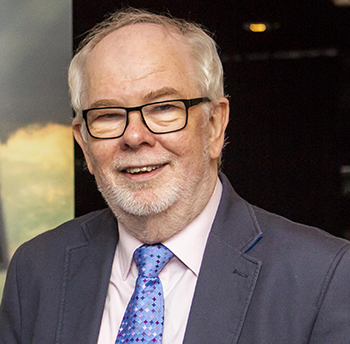 Chris has worked in the public transport industry for over 46 years, the last 31 as an analyst and consultant.

He currently holds the following offices:

2FM Limited acts as investor in these and other ventures, and invoices these and other businesses for Chris’s time. Chris stepped down as a director of The TAS Partnership in June 2016 after 22 years. 2FM remains a shareholder in the TAS business. He stepped down as a director of the UK Bus Awards and UK Coach Awards in August 2018, having helped to found them in 1996 and 2009 respectively.

Chris published his first novel, The Stamp of Nature, in June 2018. Two others have followed, A Year of Awakening (October 2018) and Veering off Course (February 2019).

He has worked on a wide variety of consultancy projects across all modes of public transport, including bus, light rail and conventional rail. Projects have included Private Finance Initiative or franchising bids for in the UK, including Croydon Tramlink, Nottingham Express Transit, Docklands Light Railway, Manchester Metrolink, Sheffield Supertram, Leeds Supertram, Merseytram and both the CERT and tram projects in Edinburgh. Similar work overseas includes Yarra Trams privatisation (Melbourne, Australia), the Brisbane Light Rail project and the Dublin LUAS project.

He has worked as adviser on seven passenger rail franchise bids. His work has also included commissions on the planning and development of bus rapid transit projects in Oxford, Crawley, East Leeds, Edinburgh, East Lancashire and Greater Manchester, together with light rail schemes in Bristol, Kent, London and South Hampshire. He has worked with the Department for Transport on the development of a National Bus Model and with the Commission for Integrated Transport on a parallel National Rail Model. Other projects include a major survey on bus industry fuel consumption, and advice to lenders and City institutions on acquisitions and flotations.

He has acted as a strategic adviser to several of the UK's major bus groups on a variety of issues. He was an expert witness in the Public Inquiry into the Leeds Trolley Vehicle System order in 2014 and to the QCS Board inquiry into the proposed Quality Contract Scheme for bus services in Tyne & Wear in July 2015.

He speaks regularly at conferences and seminars, most recently at the CPT Scotland conference in November 2015 and the Local Government Association Public Transport Consortium in April 2016.

Since 1991, he has edited major research publications on public transport, including Bus Industry Monitor, Rapid Transit Monitor, Rail Industry Monitor and Concessionary Fares UK. He is now responsible for the Passenger Transport Monitor, the online subscription service that was introduced in 2009 to supplement the industry monitor publications.

He was editor of the 2009 publication The Economics of the Bus Operation, published by PTIS. The second edition was published in December 2014.

He was a regular contributor to Local Transport Today magazine from its foundation in 1989 until 1995, and wrote regular business analysis columns for Transit magazine between 1996 and 2009, as well as contributing to other trade journals. In 2011 he helped to found Passenger Transport magazine and still writes for the magazine and also writes regularly for Rail Professional magazine.

On a lighter note, he also helped to found Group Travel Organiser magazine in 1988 and wrote the magazine's theatre and entertainment pages between 1989 and 2008.

He helped to found the Bus Industry Awards, a scheme founded in 1996 to promote excellence and good practice in the industry, rebranded in 2005 as the UK Bus Awards – the UK’s premier public transport awards scheme. This was followed by the launch of the Passenger Transport Management Awards, run in 2008 and 2009.  He also helped to found the UK Coach Awards in 2009, run annually ever since and dedicated to recognising and rewarding excellence and good practice amongst coach operators and their staff. Chris stepped down from direct involvement in the management of the schemes over the summer of 2018.

1987 – Present: Managing Director of 2FM Limited, acting as independent consultant, analyst and journalist, including working with The TAS Partnership from 1991 and as a director between 1994 and 2016.

Chris graduated from the University of Lancaster in 1972 with a BA (Hons) degree in History.